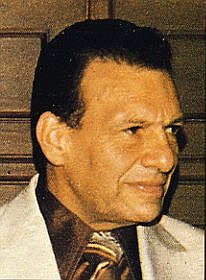 In a direct and revealing language, Samael Aun Weor wrote more than fifty Gnostic books in which the teachings of the ancient Initiatory Mysteries are condensed.

During more than thirty years, he worked tirelessly, leaving an extensive legacy of psychological, philosophical, anthropological and scientific works of incalculable value for humanity.

His writings include topics on Gnostic Philosophy, Psychology, Anthropology, Occult Science and Medicine, Esoteric Christianity and Esoteric Buddhism, Mythology, Sexology, Alchemy, Kabbalah, Magic, Hermetic Astrology, Aztec and Mayan cultures, initiatory preparation, educational and social issues…, with an emphasis on explaining the world’s most profound esoteric teachings. For this reason he is known as the ‘Master of the Synthesis’, on account of his ability to formulate a practical and comprehensive body of esoteric teachings for the humanity of the 20th and 21st centuries.

His books are the result of deep esoteric investigations carried out by him. Their ideas belong to a type of logic now lost for a long time: ‘The Transcendental Logic of Objective Consciousness.’

‘Any attempt at Liberation, however impressive it is, is condemned to failure if it does not take into account the need to dissolve the Ego.’

‘Imagination, Inspiration and Intuition are the three compulsory pathways to Initiation. Images appear first, and finally we enter a purely spiritual world. Every clairvoyant needs Initiation.’

‘To reincarnate is a sacrifice. To return is a failure. Sacred Individuals reincarnate to save the world. Imbeciles return to torment the world.’